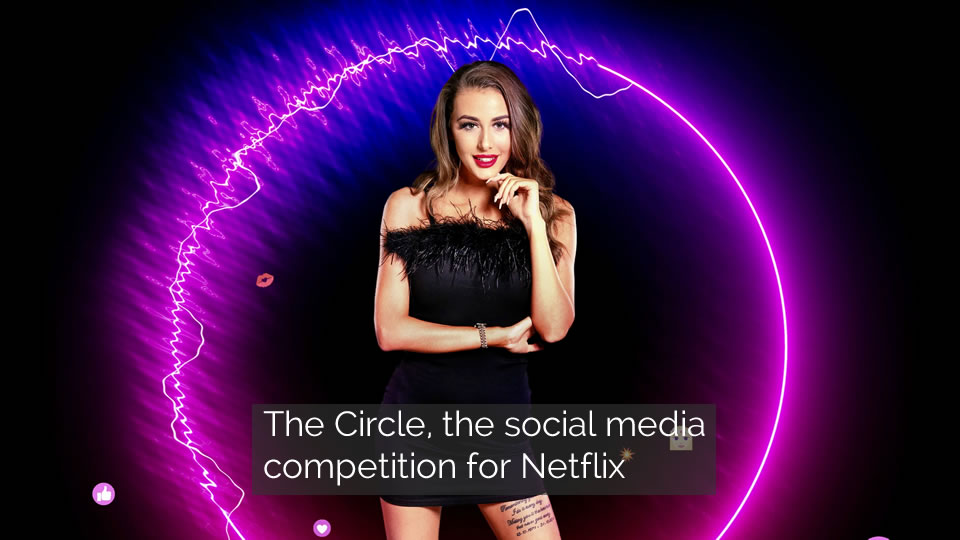 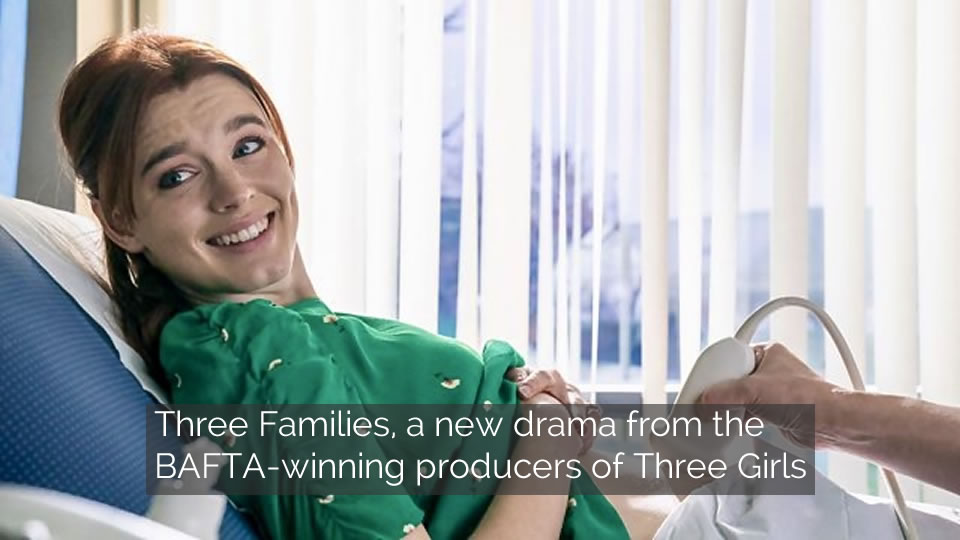 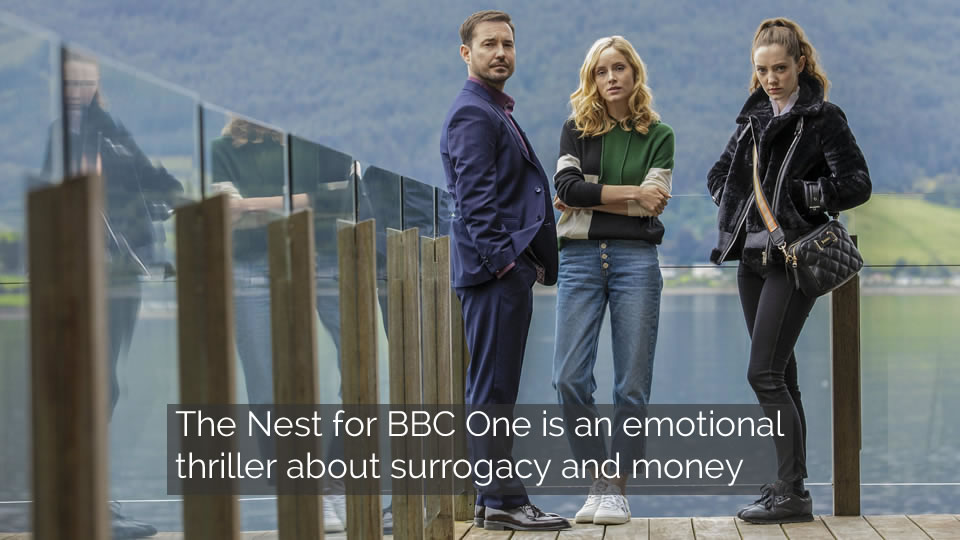 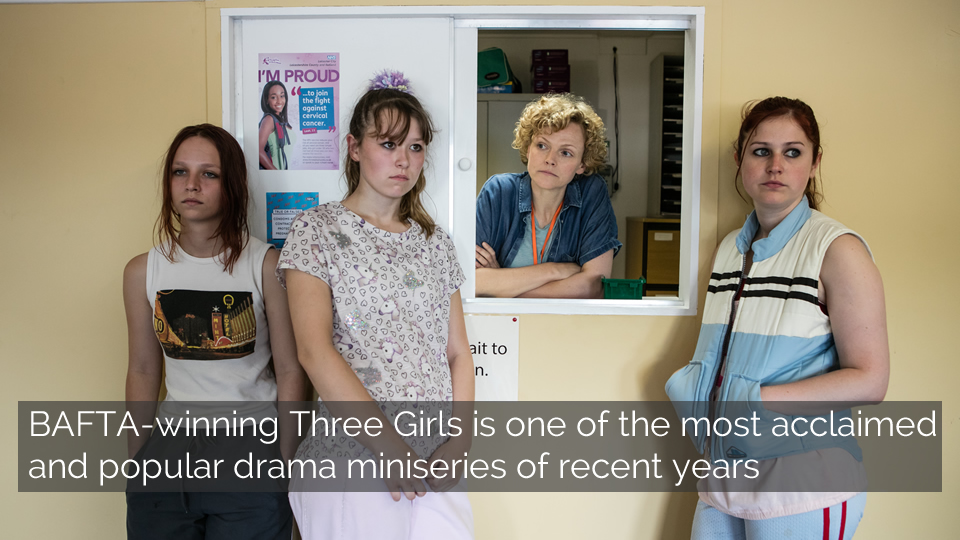 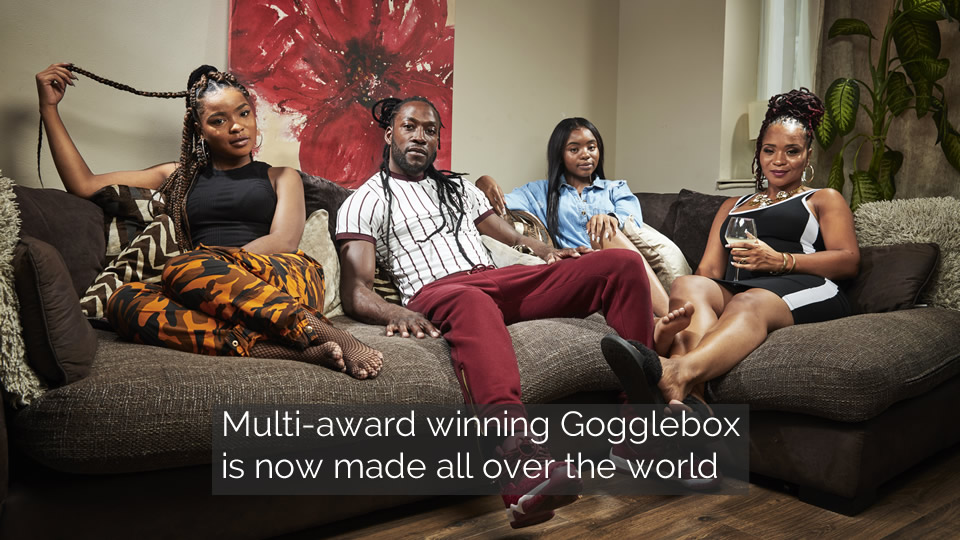 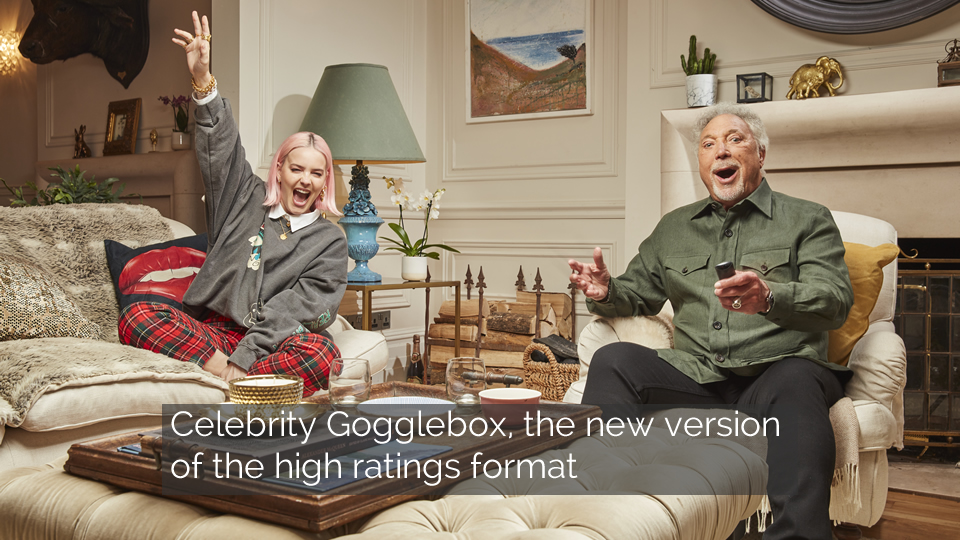 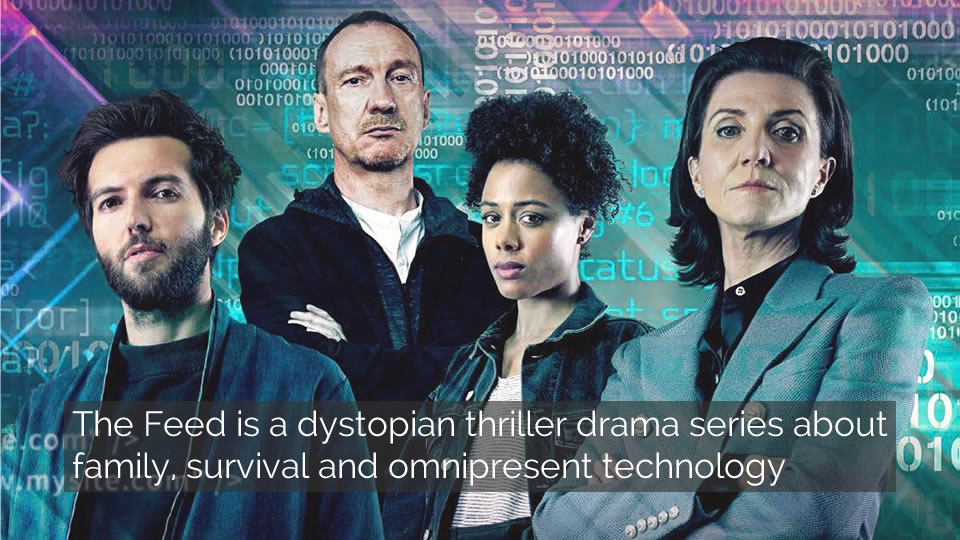 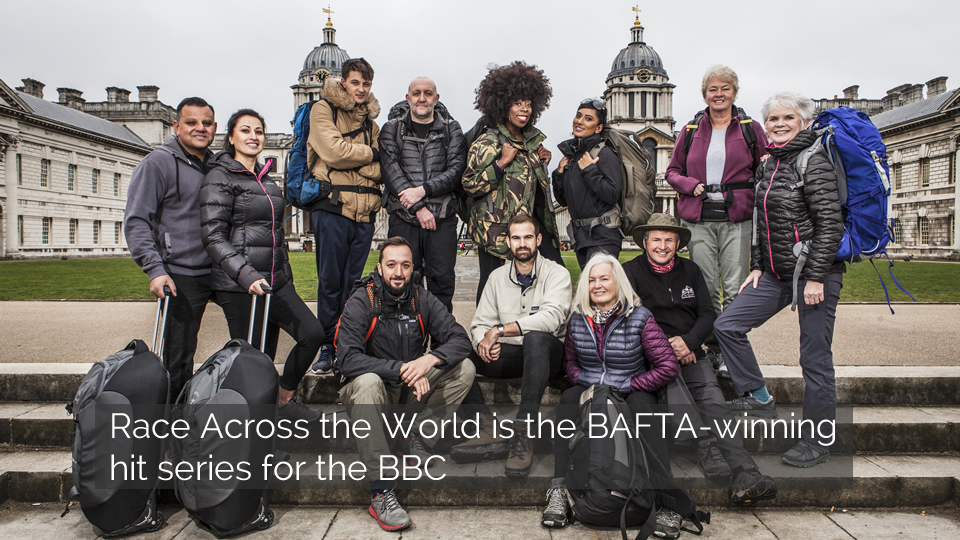 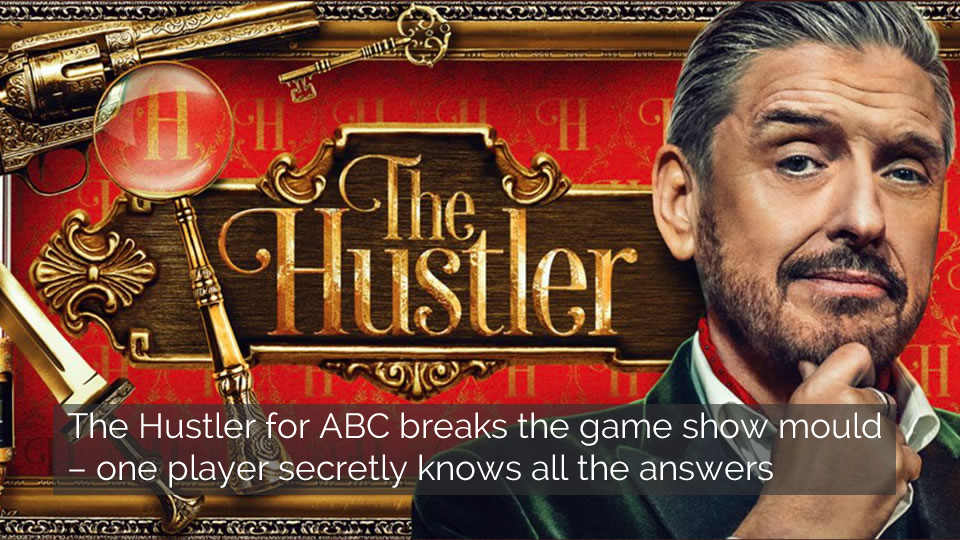 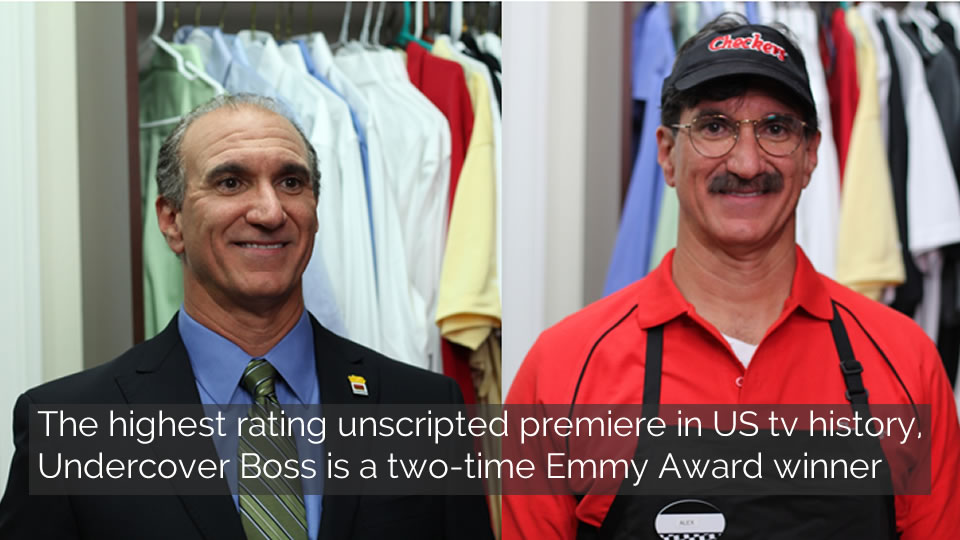 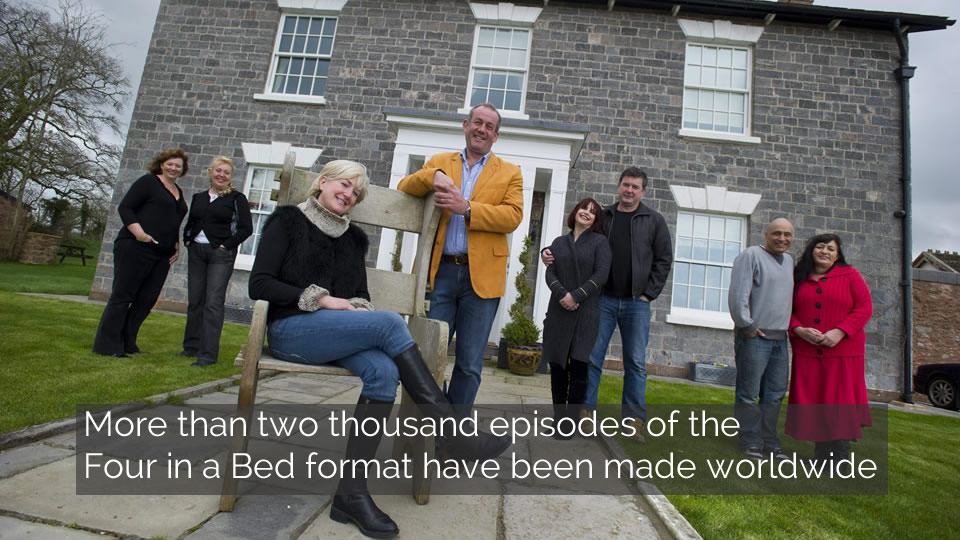 Studio Lambert is a fast-growing independent television production company based in London, Manchester and Los Angeles. It is part of All3Media, the global production group (click here for further information about All3Media).

Stephen Lambert, creator of many well-known global formats, launched the company in 2008. It quickly grew a reputation on both sides of the Atlantic for making innovative and popular unscripted shows, including award-winning global hits Undercover Boss and Gogglebox, as well as The Circle, Race Across the World and Four in a Bed.

A scripted division was established in 2015 to produce high quality drama series with British and American writers, directors and on-screen talent. The first scripted show, Three Girls, won five BAFTA awards in 2018. This was followed by The Feed for Amazon Prime and The Nest for BBC One. The company’s latest drama is Three Families, which launched in May 2021 on BBC One. 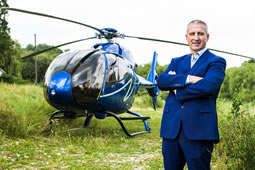 ITV has commissioned a brand new series of the global hit Undercover Boss, the Emmy award-winning format from Studio Lambert, which will see a new group of chief execs and company bosses swap their power suits for overalls…

May 2021 E! orders Reunion Road Trip from Studio Lambert US

Studio Lambert reunites some of the most celebrated TV casts in its new event series Reunion Road Trip which launches on E! on June 10 at 9pm.

Three Families, from Studio Lambert, producers of Three Girls — the multi award-winning account of the Rochdale grooming scandal — will explore the emotive issues around abortion…

Apr 2021 The Hustler renewed at ABC for summer schedule

ABC has ordered a second season of The Hustler.

Produced by Studio Lambert and hosted by Craig Ferguson, the show follows five contestants as they collaborate to answer a series of trivia questions…

ALERT! The Circle US is back for Season 2 from April 14.

This time it's bigger and better with more twists and turns in the all-new season.

A celebrity version of Studio Lambert’s hit format launches on Channel 4 on 9 March as a Stand Up to Cancer week long event.

Studio Lambert has selected three individuals as part of its inaugural trainee programme. 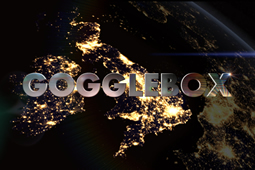 The seventeenth series of Gogglebox on Channel 4 began on Friday 26 February.

Jan 2021 The Hustler launches on ABC 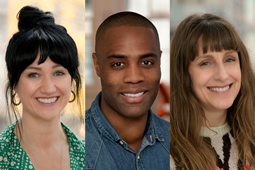 Studio Lambert is bolstering its unscripted creative team with the hire of two staff executive producers, Toni Ireland and Stephen Yemoh, as well as Jenny Spearing as its new head of legal and business affairs, unscripted. 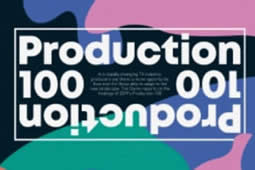 The monthly trade magazine Televisual has just published their annual report into the TV indie sector. 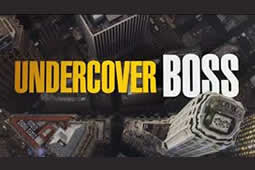 Undercover Boss returns to the CBS schedule on 2 October in a new 9pm slot.

Season 11 of the long-running series is currently in production. 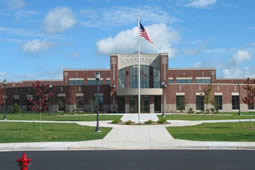 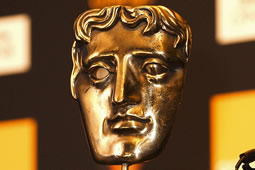 Race Across the World won the BAFTA award for Best Reality and Constructed Factual programme at a virtual ceremony broadcast on BBC One. 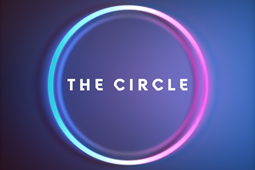 Channel 4 has recommissioned The Circle for a third series alongside an additional celebrity series, The Celebrity Circle, as part of the Stand Up To Cancer campaign. 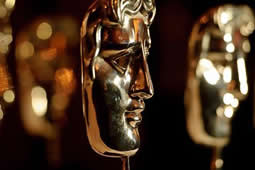 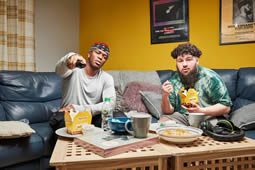 The second season of Celebrity Gogglebox launched to 6 million viewers with a 25.1% share, exceeding the slot average by 55%.

Season Two of Race Across the World attracted an average 3.7 million viewers with a 14.8% share, exceeding the slot average by 47%. 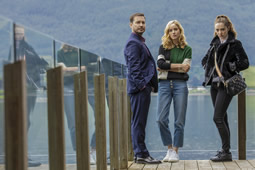 The Nest launched with an impressive average of 9 million viewers, making it the biggest new BBC drama launch of the year so far. All3 International has sold the series to AMC-owned Acorn in the USA and to several other territories. 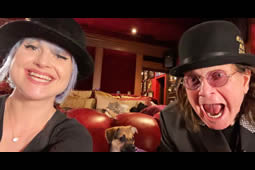 Fox has ordered a ten episode series of Celebrity Watch Party, a celebrity version of the highly successful Gogglebox format.

Mar 2020 Netflix order two more seasons of The Circle US

Netflix has announced a double pick up of the US version of The Circle.  Comedian Michelle Buteau will return to host the show, which has proved to be a hit with Netflix subscribers and US critics since it launched on New Year’s Day. 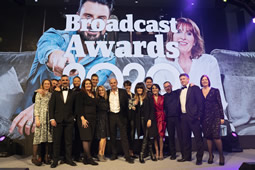 Studio Lambert won the award for best independent production company at the 2020 Broadcast Awards which were held in the Grosvenor House, London.

The New York Times, Time, Wired, Vox, Glamour, Elle, Buzzfeed, Esquire, Vogue and many more have all publish positive pieces about The Circle US which is also attracting a great deal of comment on social media.

Jan 2020 Both The Circle and Gogglebox nominated for NTA awards 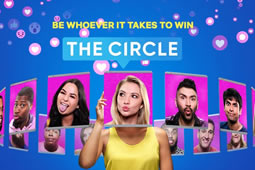 Jan 2020 The Circle US launches on Netflix

The first four episodes of the US version of The Circle were released on New Year’s Day on Netflix. The remaining eight episodes will be released weekly in two batches of four. 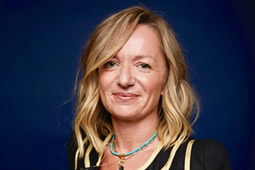 Izzie Pick Ibarra who is the showrunner of Fox’s smash hit The Masked Singer will develop and produce new shows with Studio Lambert in the US. 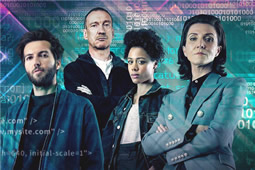 Amazon has released the first trailer for The Feed and announced that the series will be released in the US on November 22. 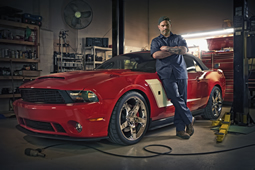 ABC  has ordered The Hustler, a new mystery-based game show hosted by Craig Ferguson and produced by Studio Lambert in LA

Oct 2019 BBC One takes celebrities in Race Across the World

Studio Lambert’s hit global travel format, Race Across the World, has been commissioned by BBC One for a celebrity special