May 2018 Three Girls continues awards success at the BAFTAs

The show won the best drama mini-series and Molly Windsor surprised many by winning the award for best female actor.

The awards were held at the Royal Festival Hall and broadcast on BBC One. 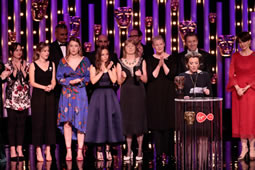