Studio Lambert's feature documentary The Flaw has been selected for competition in the World Cinema Documentary category of the 2011 Sundance Film Festival which will be held next month in Park City, Salt Lake City, Ogden and Sundance, Utah.

This year 12 films were selected in this category from 796 international documentary submissions. 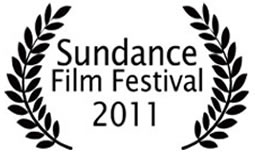