Studio Lambert is setting up a regional base in Manchester and has hired Darrell Olsen in the new role of head of unscripted, Studio Lambert North.

Olsen has been the executive producer of BBC Two’s Dragons’ Den for the last two years and was previously series editor of the popular business show.

Production of some of the company’s returning series will move to Manchester next year and new series will also be developed and produced there. 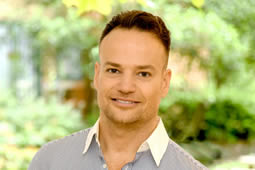