Spike TV's new unscripted original series, Diamond Divers, captures the epic journey of the fearless Captain John and his tough nautical crew as they put everything on the line to battle the treacherous seas of South Africa in search of buried diamonds under the sea. 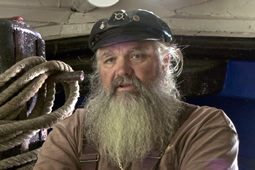