Netflix has bought the global rights (ex-UK) of Studio Lambert’s new social experiment reality format The Circle. Studio Lambert and Motion Content will produce three series, one for the US and the other two for countries yet to be announced, from a UK production hub.

The UK version launched on Channel 4 in September and aired daily in primetime for three weeks. It proved to be particularly popular with younger viewers attracting twice as many 16-34 year old viewers than average for Channel 4.

“The Circle has already proven to be a compelling, timely, and buzzworthy show,” said Brandon Riegg, Netflix Vice President of Unscripted Content. “We think the show’s combination of modern social media interaction and competition will captivate Netflix members around the world, in multiple languages, and we’re delighted to partner with Studio Lambert and Motion to produce these three new local versions.” 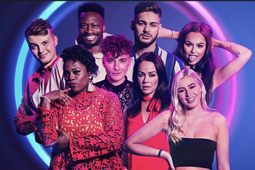