On August 9 Netflix’s vice president of Unscripted and Documentary Series, Brandon Riegg revealed why the streamer had renewed The Circle for a further two seasons.

"Season 2 was already one of our most popular unscripted shows of 2021—more than 14 million households tuned in within 28 days after it premiered in April. Thanks to the overwhelming response, we've already renewed the show for two more seasons (4 and 5), so fans won't have to wait long to see the new twists and surprises in store.” 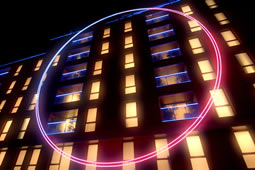