The Huffington Post has chosen Stephen Lambert as one of its 100 Game Changers. These are 100 innovators, visionaries, and leaders in 12 categories who, whether working in the spotlight or under the radar, are changing how we look at the world and the way we live in it.

"Lambert," says the Huffington Post, "changed the game by yanking executives out of the boardroom to give them (and millions of viewers) an on-the-ground look at the American workplace. Lambert is the British media executive and reality-show producer behind the CBS hit Undercover Boss, the most popular new show of the 2009-2010 television season. In Undercover Boss, CEOs shelve their suits and put on work clothes, posing as entry-level workers in their sprawling companies." 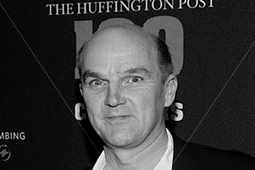