In this new role, Goldman will report to Studio Lambert ceo Stephen Lambert and will create, sell, and oversee original series, as well as help Lambert bring Studio Lambert's UK formats to the US market. Goldman was previously with Renegade 83 where he most recently created and executive produced Ready For Love for NBC and Capture for the CW. 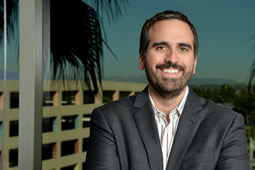