Gogglesprogs observes youngsters as they give their opinions on a variety of TV programmes, from the news to popular primetime shows. The series was ordered ahead of the broadcast of the previously announced special edition of Gogglesprogs which will be shown on Channel 4 on Christmas Day at 8pm. 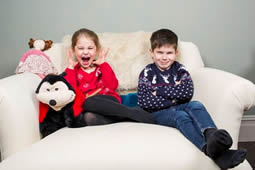