Channel 4 has announced that following the critically-acclaimed first series of Studio Lambert's Gogglebox earlier this year, the series will return in September with a 13 episode run featuring the same much-loved and highly opinionated British households, as well as a few new additions, all gainfully commenting on the biggest and best shows on television. 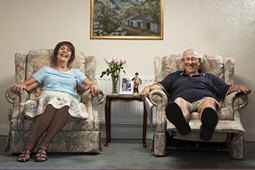