Britain’s inventors, makers, and licensees of products are being given the chance to sell their new wares in front of potential customers and the buyers of major retailers in new Channel 4 series Buy It Now w/t, presented by actor, singer, presenter and comedian Brian Conley, it was announced today.

The new 30x30’ daytime series produced by Studio Lambert will invite individual sellers to showcase their product to an audience of potential customers. Pitching anything from toys to clothes to gadgets, each seller has only 90 seconds to get the customers interested – and retain them when they reveal the price of their product – as the customers will be parting with their personal money for the product.

Buy It Now is produced by Studio Lambert and was commissioned by Gill Wilson, Head of Features for Channel 4 and Tim Hancock, Commissioning Editor for Features and Daytime for Channel 4. Tim Harcourt and Cat Lawson are the executive producers for Studio Lambert. 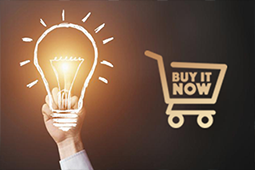