The six-part series will be produced by Studio Lambert and follows the lives of five underprivileged black students from inner-city London who win scholarships to an elite boarding school. 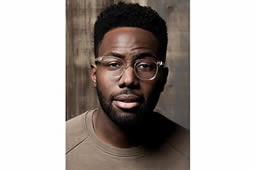